Since its inception, the Commission of Fine Arts has conducted a program of publications, initially in the form of annual reports of the agency’s activities. These reports were eventually replaced by The Commission of Fine Arts: A Brief History, first published in 1976 and updated every five years through 1995 to reflect the ongoing work of the Commission. Throughout the 1970s and 1980s, the CFA also published volumes devoted to the architectural heritage of Washington, including its bridges and its distinct architectural neighborhoods of Georgetown, Massachusetts Avenue, NW, and 16th Street, NW. Two important centennial anniversaries in recent years—the Senate Park (McMillan) Commission Plan of 1901–1902 and the establishment of the Commission of Fine Arts in 1910—were observed with ambitious publications, as well as symposia and exhibitions.

The CFA is pleased to make the following list of publications available: 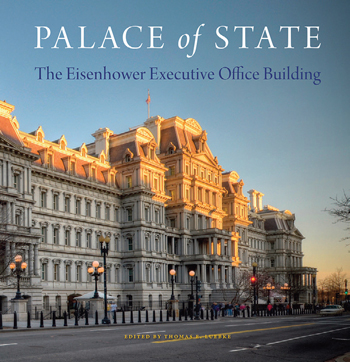 See reviews in CHOICE and the Washington Times.

This illustrated history of the Dwight D. Eisenhower Executive Office Building (EEOB) details the building’s rich architectural and historical legacy—from the beginnings of federal civic architecture in Washington to the EEOB’s construction as the world’s largest office building during a time of political and social change following the Civil War—exploring how the building manifests the exuberant but short-lived Second Empire style in America. The book also documents how the building has evolved over more than a century, both in reputation and use, culminating in the recently completed restoration process that began in the nineteen-eighties. Featuring beautifully rendered architectural plans, historic images, and lush contemporary photography, Palace of State makes a comprehensive study of this iconic nineteenth-century landmark that continues to serve in its role as a monumental setting for statecraft.

Civic Art: A Centennial History of the U.S. Commission of Fine Arts 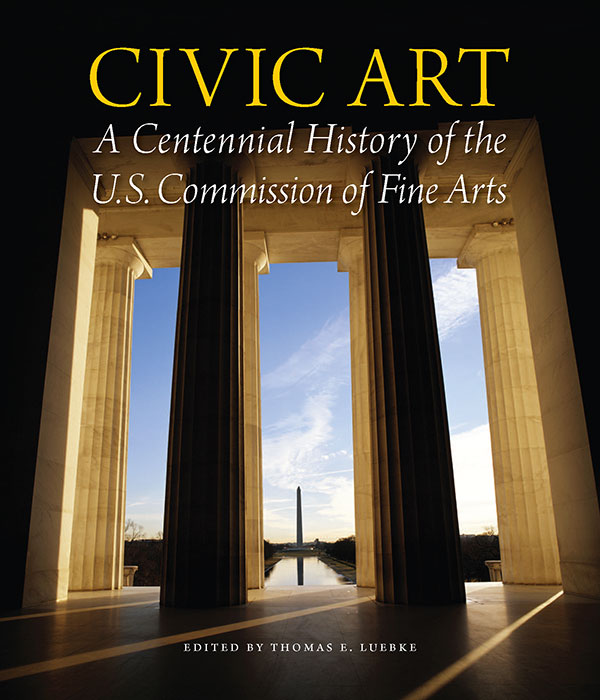 This comprehensive history explores the evolving role of the Commission of Fine Arts in the context of the artistic, social, and political circumstances that fostered the commission's creation and the subsequent trends that have informed its decisions. As design philosophies and styles changed over its first century, the commission also shifted its emphasis—from Beaux-Arts architecture and planning principles, to the Modernist pragmatism of midcentury, to the urban redevelopment and historicist trends of the late twentieth century, and to the contemporary era characterized by issues of security, sustainability, and information technology. Organized chronologically by the periods of the commission's leadership, this illustrated book includes original essays by William B. Bushong, Arleyn Levee, Zachary Schrag, Pamela Scott, Carroll William Westfall, and Richard Guy Wilson.

Designing the Nation's Capital: The 1901 Plan for Washington, D.C. 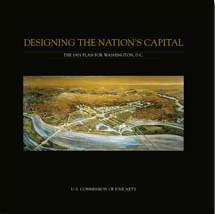 In 1901, the United States Senate, inspired by the City Beautiful movement of the late nineteenth century, appointed a commission to formulate a new architectural plan for the development of the nation's capital. Under the leadership of Senator James McMillan of Michigan, the Senate Park Commission brought together four of the country's leading figures in art, architecture, and urban planning to create a comprehensive park plan for the national capital city. The McMillan Commission drafted a plan aimed at making Washington one of the most beautiful capitals in the world by redesigning its monumental core and creating new parklands on reclaimed land. In this edited volume, distinguished scholars from a variety of fields reconstruct the story of the 1901 plan for Washington, D.C. More than 100 photographs and maps complement the text, illustrating why the McMillan Plan quickly became a benchmark for urban design in the Progressive Era and helped establish a national city-planning movement. In addition to the volume editors, contributors include Dana G. Dalrymple, Timothy Davis, Kurt G. F. Helfrich, Jon A. Peterson, and Tony P. Wrenn.

Georgetown Historic Waterfront: A Review of Canal and Riverside Architecture 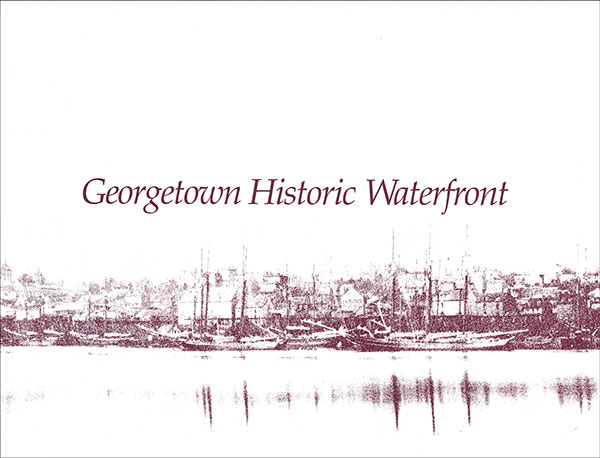 Beginning from a Georgetown Waterfront area study, this book traces the development of the waterfront, including the C&O Canal, the Potomac Aqueduct Bridge and the commercial and residential structures that populate it. Historic buildings such as Grace Church and the Washington Canoe Club, as well as modern projects such as Georgetown Park and Fish Market Square, are some of the buildings highlighted in this illustrated volume. 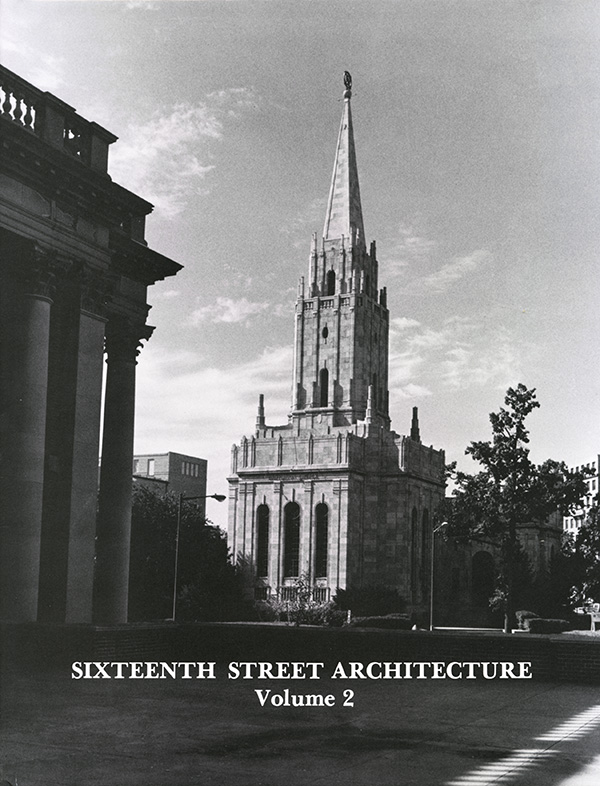 This publication is part of a four-volume series on Beaux-Arts design in Washington, DC, comprising two volumes each on the architecture of Massachusetts Avenue and Sixteenth Street, NW. Sixteenth Street Architecture, Vol. II, the only book in the series that remains in print, includes histories of architecturally significant buildings, including the Hay-Adams Hotel, St. John's Parish House, the Metropolitan African Methodist Episcopal Church, and the Carnegie Institution of Washington. Generously illustrated with interior and exterior photographs and plans, Sixteenth Street Architecture, Vol. II documents and brings to life many examples of Washington's vanishing architectural heritage.

Bridges and the City of Washington 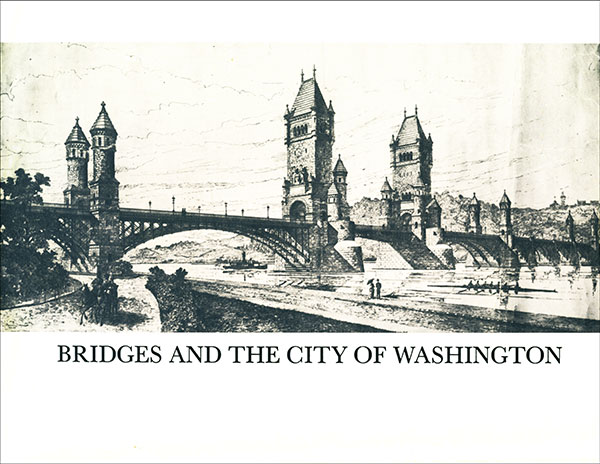 A study and survey of Washington DC's bridges with numerous historic photographs, maps, and plans. 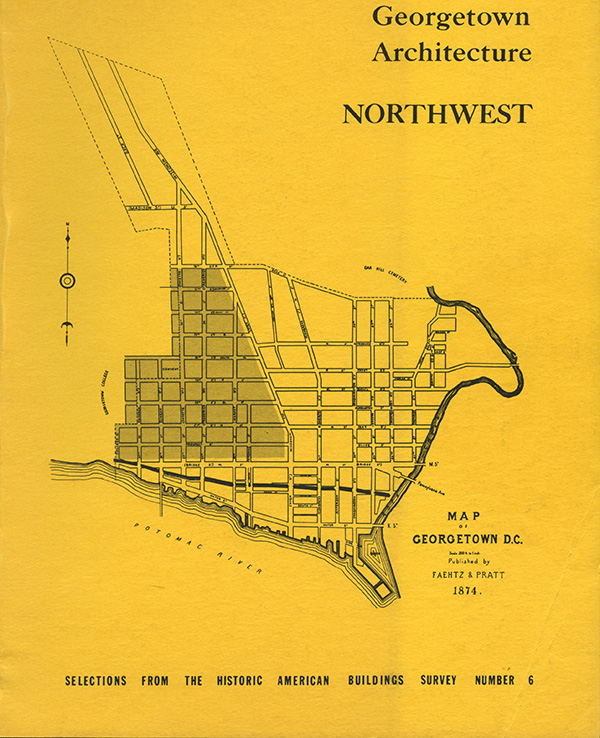