This document is adapted from a letter from Thomas Luebke to the NCPC dated 26 November 2013.

In November 2013, the Commission of Fine Arts commented on the Height Master Plan report adopted earlier that month by the National Capital Planning Commission (NCPC), prepared in a year-long process undertaken with the District of Columbia Office of Planning.

Calling the issue one of national symbolic importance, the Commission affirmed that the physical character of Washington, D.C., the capital of the United States, is unlike any other city in the nation, with great symbolic value for all Americans. In its enduring constancy as a recognizable image of democracy across the nation and the world, Washington is the visual expression of the idealism of principle upon which our nation was founded. This image has been shaped and protected since 1910 by the Building Height Act, giving Washington its distinctive horizontal skyline punctuated by iconic architectural forms that symbolize the nation’s history and governance, and emphasizing the predominance of public values. 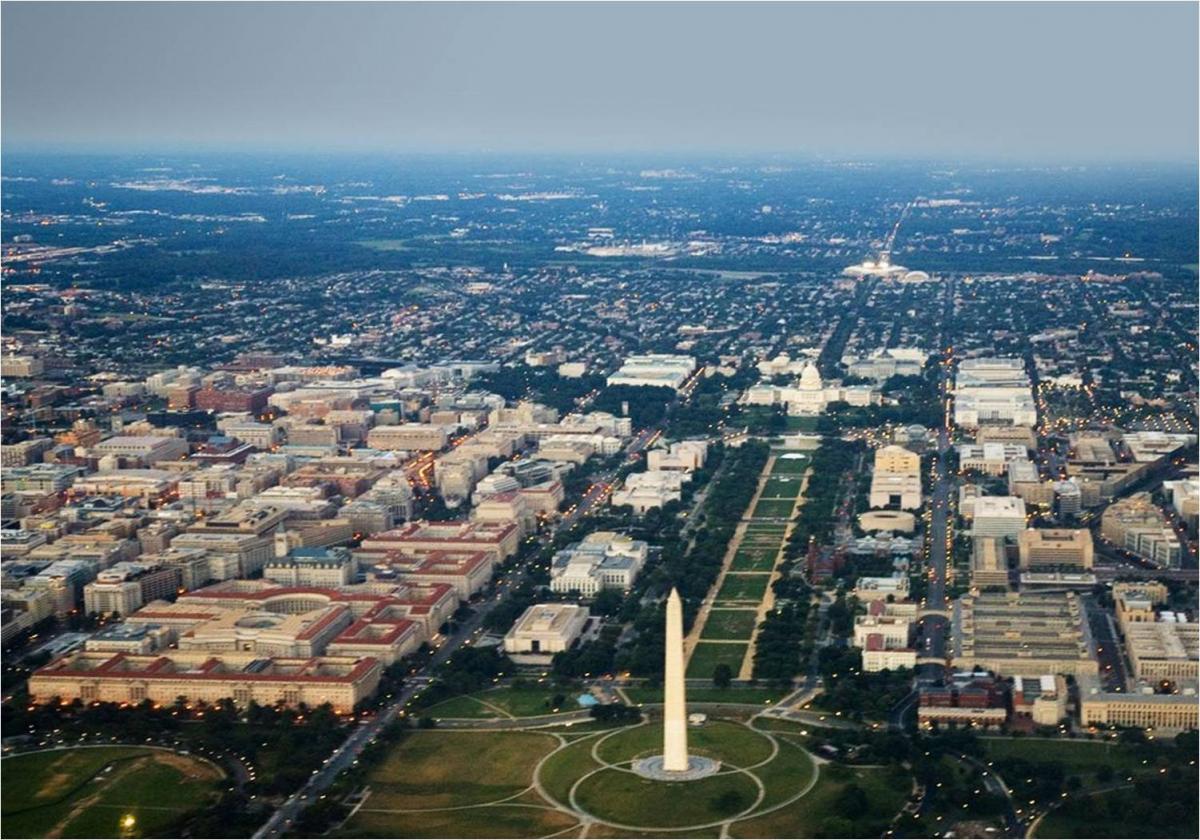 The legacy of planning in Washington is based on L’Enfant’s vision of the city as the expression of political philosophy:  a commercial grid overlaid with commemorative avenues highlighting important civic monuments. (Image credit: NCPC)

In the spirit of protecting this legacy, all the members of the Commission of Fine Arts expressed strong support for the NCPC recommendation that the existing federal height limitations should remain in effect. While recognizing that taller buildings are part of the visual character of many American cities, they commented that Washington’s special status as the nation’s capital is appropriately expressed in its physical form, a part of our national heritage that must be judged as far more momentous than issues of real estate development. 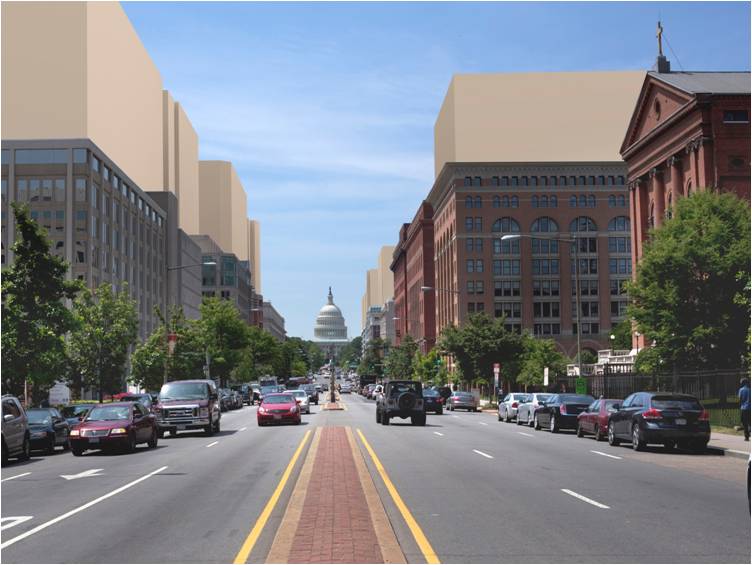 A substantial increase in the height of a major corridor in the city—such as shown here on North Capitol Street—could affect the balance of urban fabric as a setting for public buildings. (Image credit: NCPC)

The Commission members noted that the NCPC report raises fundamental questions about the urgency for changing the federal height limit: the existing envelope available for development in Washington is largely constrained by the District of Columbia’s zoning regulations, rather than by the federal height limit, and there is a lack of clear economic evidence presented for changing the limit. They cited the general lack of advocacy by the development community, the lack of support from the District of Columbia Council, and the overwhelmingly negative reaction from District residents for raising the height limit. 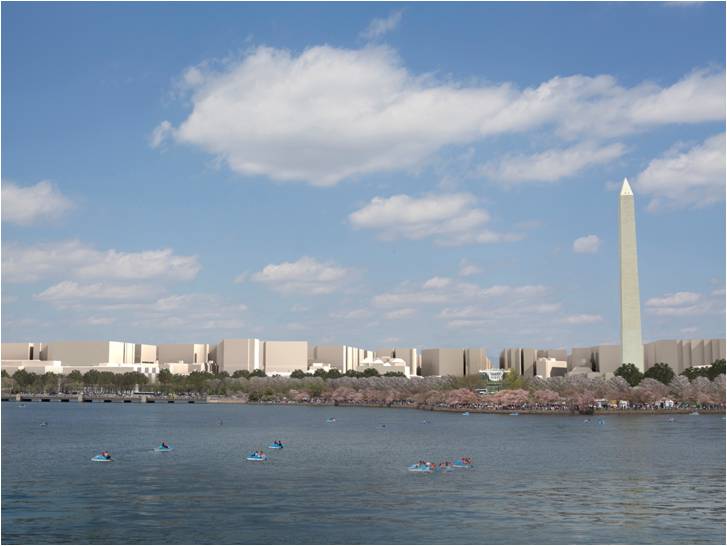 The joint DC-NCPC study showed how drastically height changes could affect the monumental core of the city. (Image credit: NCPC)

The existing system of height regulation is clear, time-tested, and equitable in its application, and changing the existing height limit for specific excepted locations introduces an unpredictable element of negotiability in the city’s form. The transparency and universality of the current height limit should not be compromised; any changes would almost certainly be irreversible and should be undertaken only after careful study. The Commission concluded that substantial alteration of the height limit would be an attempt to fix a system that is not broken, and that the public value of the existing law in its integrity should be recognized and protected for future generations.

Note: The NCPC recommended minor changes to the Height of Buildings Act in a hearing of the House of Representatives Committee on Oversight and Government Reform in December 2013. See Congressional action on the changes to the law.