Let’s get past the Mall turf war

There has been much discussion about the location of the Smithsonian Folklife Festival and the National Park Service’s plans to impose stricter regulations on the use of the Mall. The Mall is a unique space that serves many users and interests—from the Smithsonian’s seasonal programming to Independence Day celebrations, from protests to inaugural events—and is the green setting for the monumental core of the capital city.

In response to a strong public outcry about the Mall’s shabby condition, the National Park Service has undertaken a nearly-decade-long process to plan for, rehabilitate and manage this landscape. The U.S. Commission of Fine Arts, the federal design review agency, participated in a collaborative process involving the public, Smithsonian staff and other regulatory agencies to generate a design for a resilient, sustainable landscape that can accommodate intensive use while remaining green and inviting for visitors. 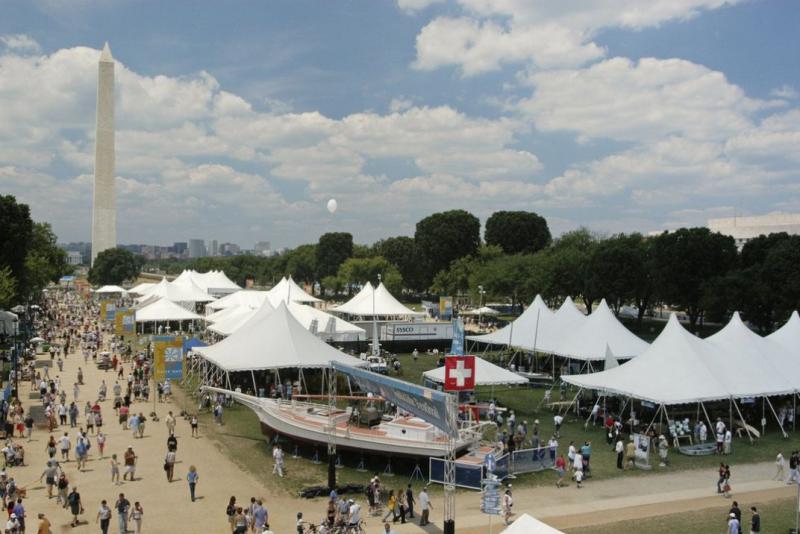 The Smithsonian Folklife Festival has been held on the Mall since the 1960s and large tents are typically erected on the grass for several weeks in June and July.  (Image credit: Folklife Archives and Collections, Smithsonian Institution)

This year, Congress appropriated new funds to refurbish the Mall’s lawn panels from Seventh to 14th streets to match the success of the restored lawn from Fourth to Seventh streets. The new panels are designed to give programs such as the Folklife Festival more paved space to operate within the greensward. But they require the Smithsonian to keep most activities off the lawn panels to avoid the destruction caused by the long period of the festival’s installation, operation and breakdown during the summer heat, when the grass can least tolerate this heavy use. Much of the public discourse has been focused on why the Smithsonian cannot continue to operate the festival as it has for decades, creating a false choice between important cultural programming and a desirably green park in the heart of the city.

Damage to the Mall lawn panels after the Folklife Festival tents were removed.  (Image credit: © HOK)

Instead of engaging in a turf war, we have the opportunity to think of other ways to stage lively programs while taking steps to protect our national treasures. Specifically, an opportunity lies in using the historic Arts and Industries Building—adjacent to the Smithsonian Castle and directly on the Mall—as the home for programs, festivals and events. Completed in 1879 as the National Museum to display the Smithsonian’s collections, the vast building encloses more than two acres of market-style exhibition halls, high-ceilinged galleries and skylighted courts. This series of grand spaces could easily accommodate events such as the National Book Festival or provide a central focus for the Folklife Festival—and could even improve visitor experience over what is taking place in the hot, dusty environment of worn-out grass. 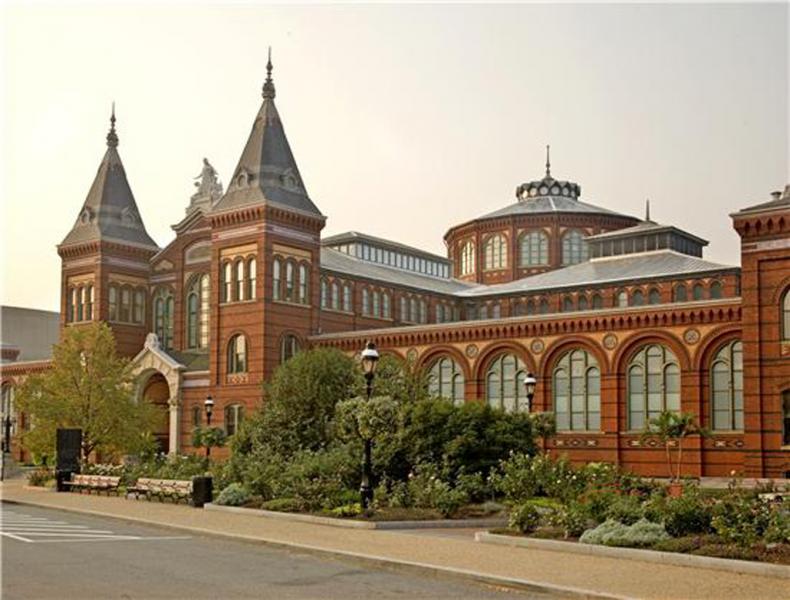 The Arts and Industries Building, an exhibition hall built in the 1870s, provides untapped potential for programming and visitor services directly on the Mall.  (Image credit: Smithsonian Institution)

The building could also be adapted to provide much-needed visitor support—including food service, tourist orientation, temporary exhibitions, restroom facilities and a transportation hub—in the center of the monumental core. The building could be an orientation center for visitors to the national museums and memorials, ideally through congressionally mandated joint operation by the Smithsonian and the National Park Service. The Smithsonian just spent $55 million renovating the Arts and Industries Building; sadly, this spectacular but unused resource has been mothballed. Rather than fight over grass, let’s put an enormous, vacant architectural gem to work to create the programming space we need.