From the CFA Archive: Photos of Washington, D.C. by F. L. Olmsted, Jr.

We recently found in the CFA library a folder containing 44 black-and-white photographs dating from 1900 to 1930 that are attributed to landscape architect Frederick Law Olmsted Jr. (1870–1957). The photos depict areas of central Washington—among them the Mall, the Washington Monument Grounds, the Tidal Basin—that were redeveloped following Olmsted’s plans.

Olmsted enjoyed a national reputation from a young age. The son of Frederick Law Olmsted Sr., who founded the profession of landscape architecture in America and designed New York’s Central Park, Olmsted Jr. assisted on numerous projects and, after his father’s retirement in 1897, took over the Olmsted firm, which remained the country’s most prominent landscape architecture practice for decades. 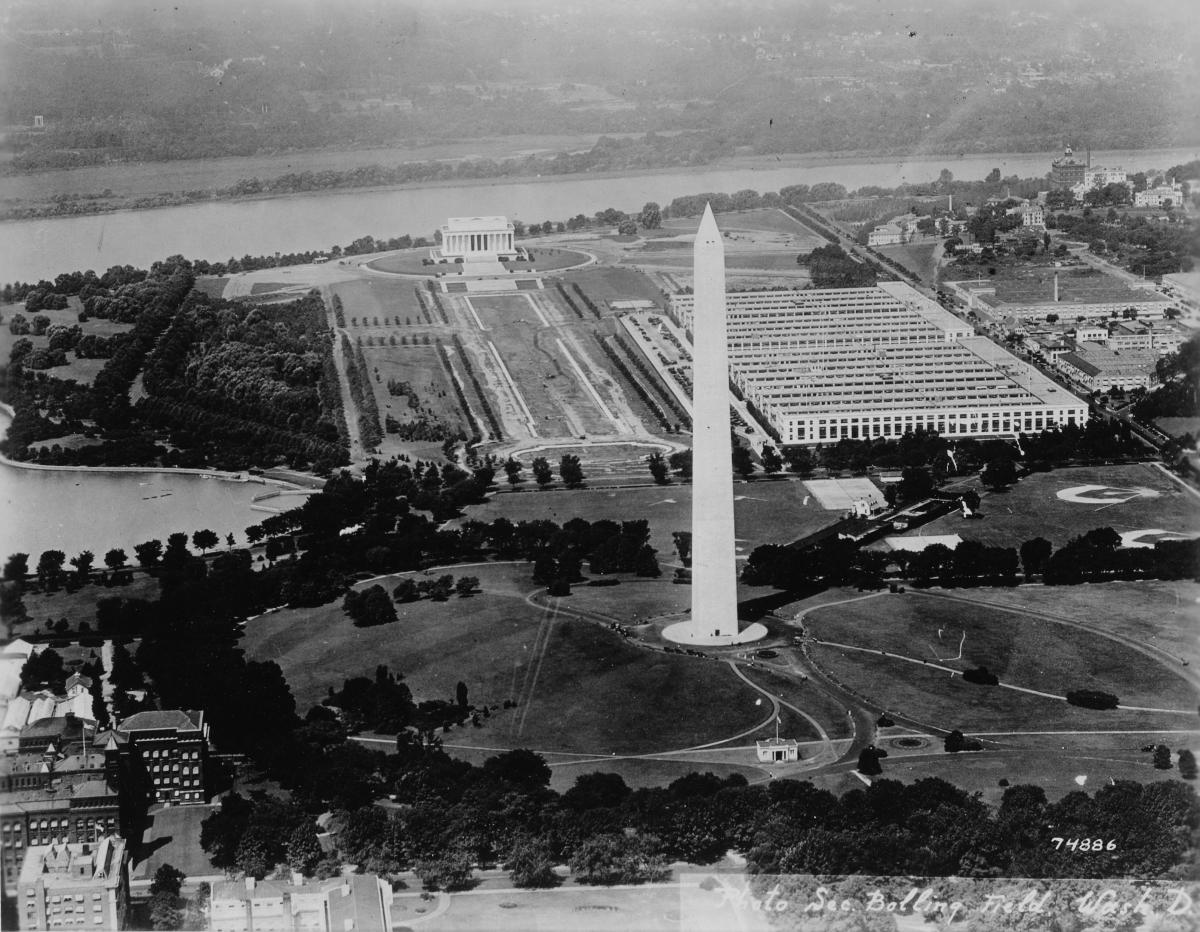 An aerial view west to the Lincoln Memorial, c. 1922, shows the haphazard design of the Washington Monument Grounds and the newly-completed Lincoln Memorial in the background with temporary World War I-era buildings. Olmsted Jr.’s work of many decades on the National Mall created a unified spatial composition from a sequence of disconnected landscapes.

Olmsted Jr. had an enormous influence on the design of Washington. As a young man, he was a member of the Senate Park (McMillan) Commission of 1901; he was a founding member of the Commission of Fine Arts, serving from 1910 to 1918, and a member of the National Capital Park and Planning Commission, serving from 1926 to 1932. Olmsted helped shape a vision of Washington as a city threaded by naturalistic stream valley parks and with monumental public buildings framed by informal yet symmetrical plantings. He and his firm were responsible for the landscape designs for many Washington landmarks, from the Federal Triangle to the National Cathedral. His redesign of the National Mall in the mid-1930s transformed it from a leafy, densely planted Victorian park into a formal arrangement of lawn panels lined with ranks of American elms, emphasizing the primacy of the reciprocal view between the U.S. Capitol and the Washington Monument.

The provenance of these photographs is not known, but their attribution to Olmsted, their location, and their probable date are written on the back of each print. Most have the informal, occasionally unfocused quality of snapshots, but they provide a telling indication of conditions in Washington’s monumental core at the time—and may point to Olmsted’s concerns as he explored the city and imagined its future. 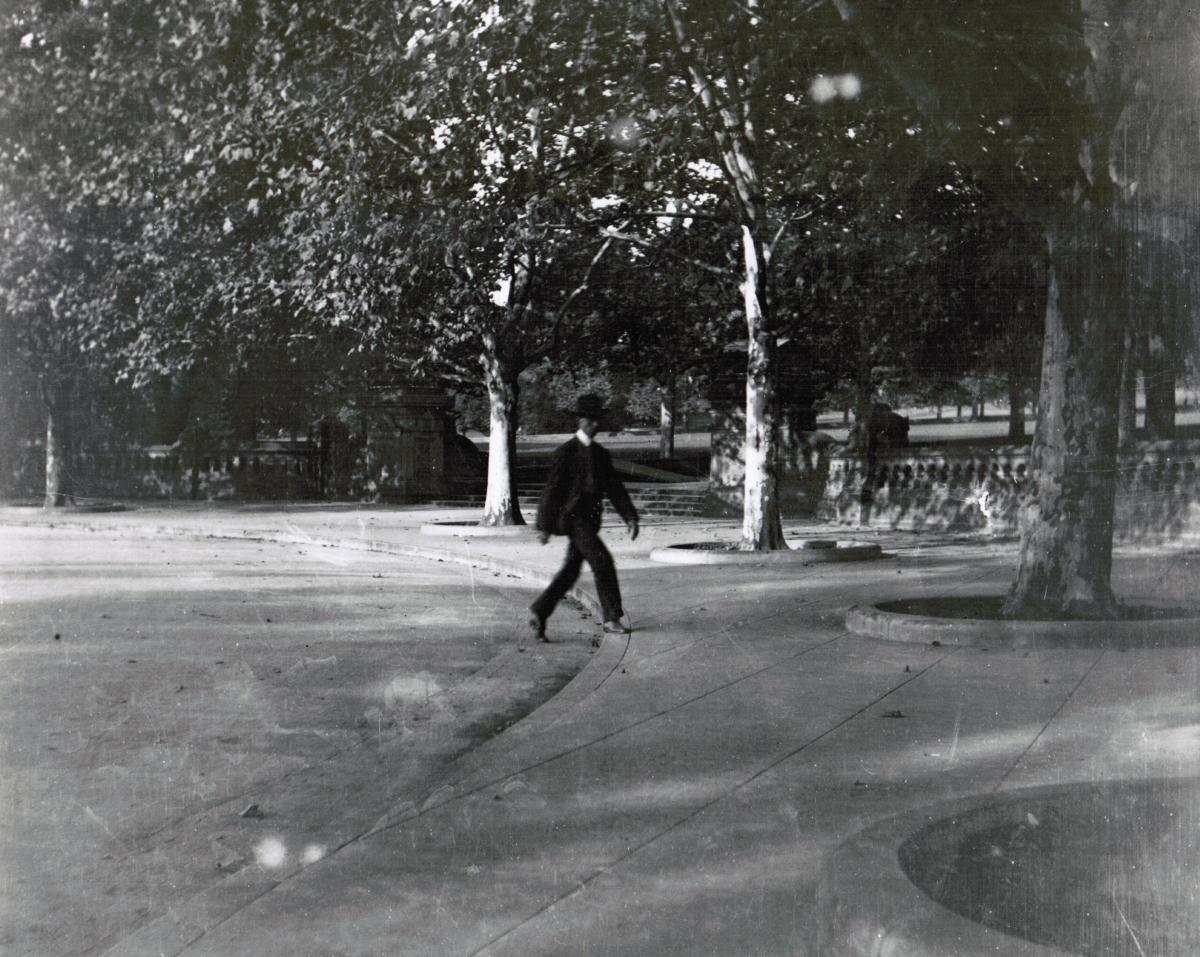 Olmsted’s c. 1910 photograph at the west entrance to the Capitol grounds shows a pedestrian at a circular curb lined by sycamores; behind are visible the carved sandstone walls designed by his father, Frederick Law Olmsted Sr., and constructed in the 1870s. 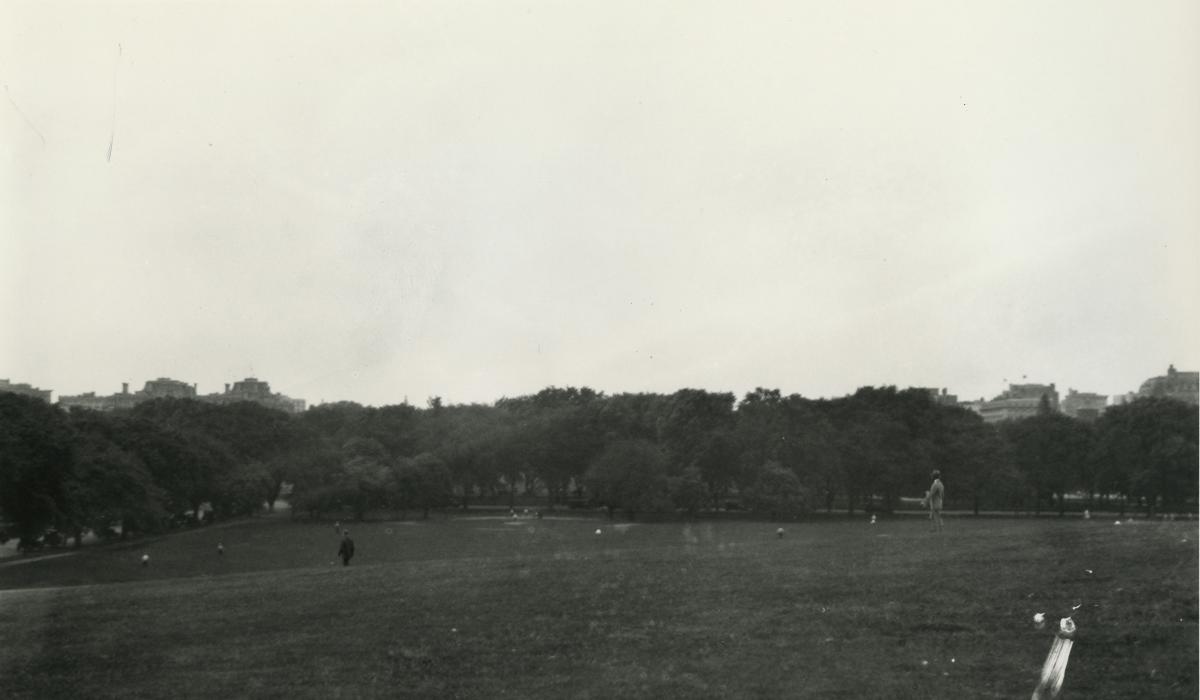 In the 1930s, large banks of trees blocked views in every direction from the Washington Monument Grounds. This c. 1930 view northward depicts the dense late-19th-century tree planting which covered the Mall and the perimeter of the grounds, obscuring the Old (Eisenhower) Executive Office and Treasury buildings and even the White House itself. 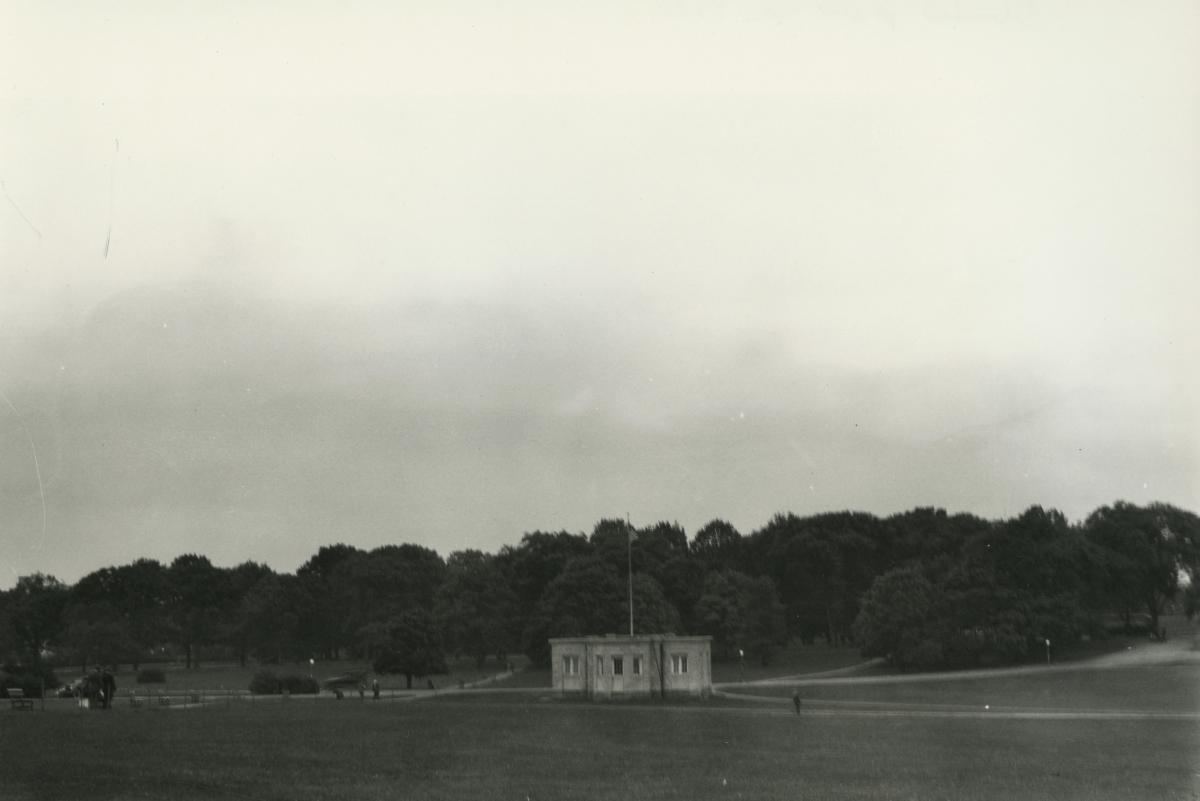 A c. 1930 view taken from the Washington Monument Grounds looking east toward the Capitol with the Monument Lodge in the foreground shows how little of the surrounding architecture, such as the National Museum of Natural History, was visible. To the east toward the Capitol, Olmsted’s radical replanting of the Mall landscape in the mid-1930s removed virtually every tree, replacing them with the familiar grass parterres, rows of American elms, and new parallel roads, following the vision of the 1901 McMillan Plan. 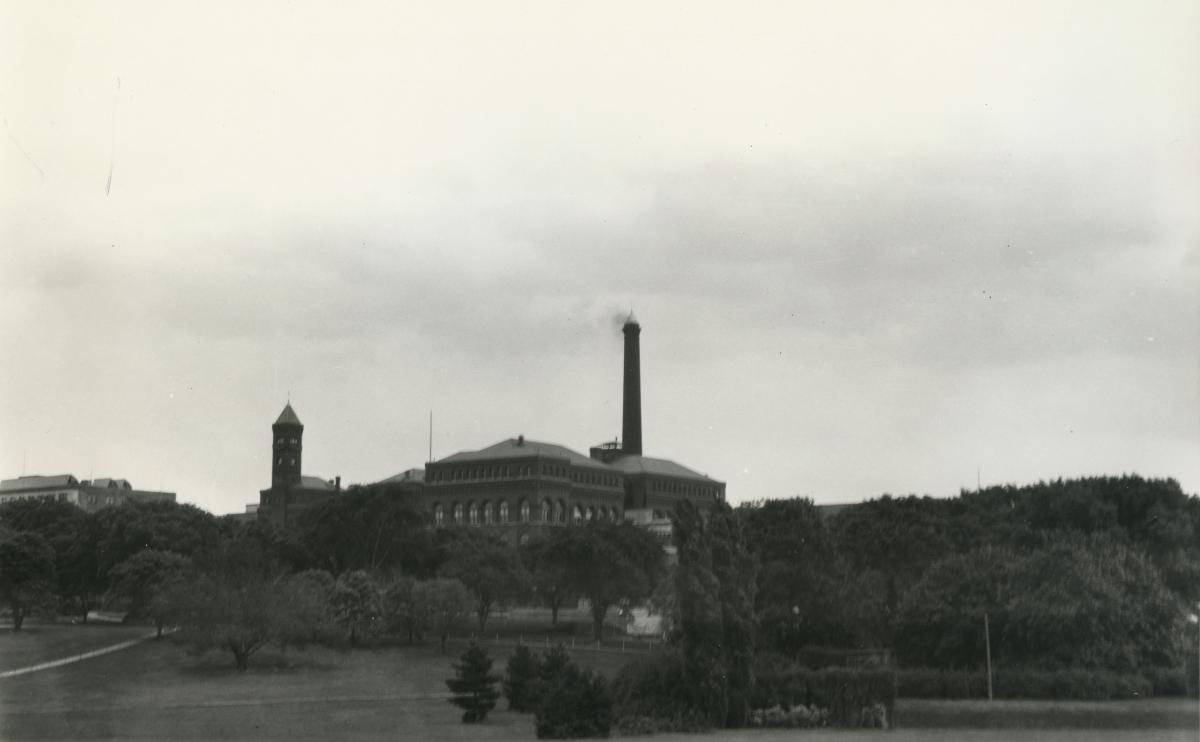 A c. 1930 view to the southeast shows the Auditor’s Building; in the foreground is the low landscape where the Sylvan Theater would be constructed.

On the west side of the Washington Monument Grounds, a line of trees was planted by the Office of Public Buildings and Grounds (predecessor of the National Park Service) in the 1880s. Olmsted’s c. 1930 photograph looking due west shows a gap in the trees, likely cut following construction of the Lincoln Memorial and framing the axial view toward it. Reciprocal views of civic monuments are a key device of both the L’Enfant and the McMillan Plans.

Unless otherwise noted, all photographs are in the collection of the Commission and are available for use and publication by researchers.